The history of Salzburg’s oldest brewery starts with the laying of the foundation stone by the Salzburg businessman Hans Elsenheimer. He made use of Kaltenhausen’s geological features. It owes its name to the cool air flowing out of the wind tunnels in the Barmstein rock formation.

It was here, where the supply of pure spring water from the “Barmstein” was perfect for the production of beer and the cold underground chambers ideal for its storage, that he built the so-called “Kalte Bräuhaus”, the Kaltenhausen brewery, in 1475. In 1498 ownership of the brewery was transferred to the Archbishops of Salzburg and it became the Hofbräu Kaltenhausen.

Much has changed in the long history of Hofbräu Kaltenhausen but one constant has remained – maintaining tradition while simultaneously being open to new ideas. This creed was also the guiding principle at the opening of the speciality production centre and forum for beer culture in 2011. 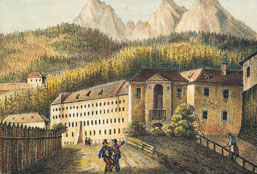 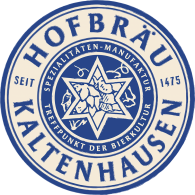 We use cookies so that we can offer you the best possible website experience. This includes cookies which are necessary for the operation of the website and to manage our corporate commercial objectives, as well as other cookies which are used solely for anonymous statistical purposes, for more comfortable website settings, or for the display of personalised content. You are free to decide which categories you would like to permit. Please note that depending on the settings you choose, the full functionality of the website may no longer be available. Further information can be found in our data protection conditions.

Necessary
These cookies are necessary to run the core functionalities of this website, e.g. security related functions.
Statistics
In order to continuously improve our website, we anonymously track data for statistical and analytical purposes. With these cookies we can , for example, track the number of visits or the impact of specific pages of our web presence and therefore optimize our content.